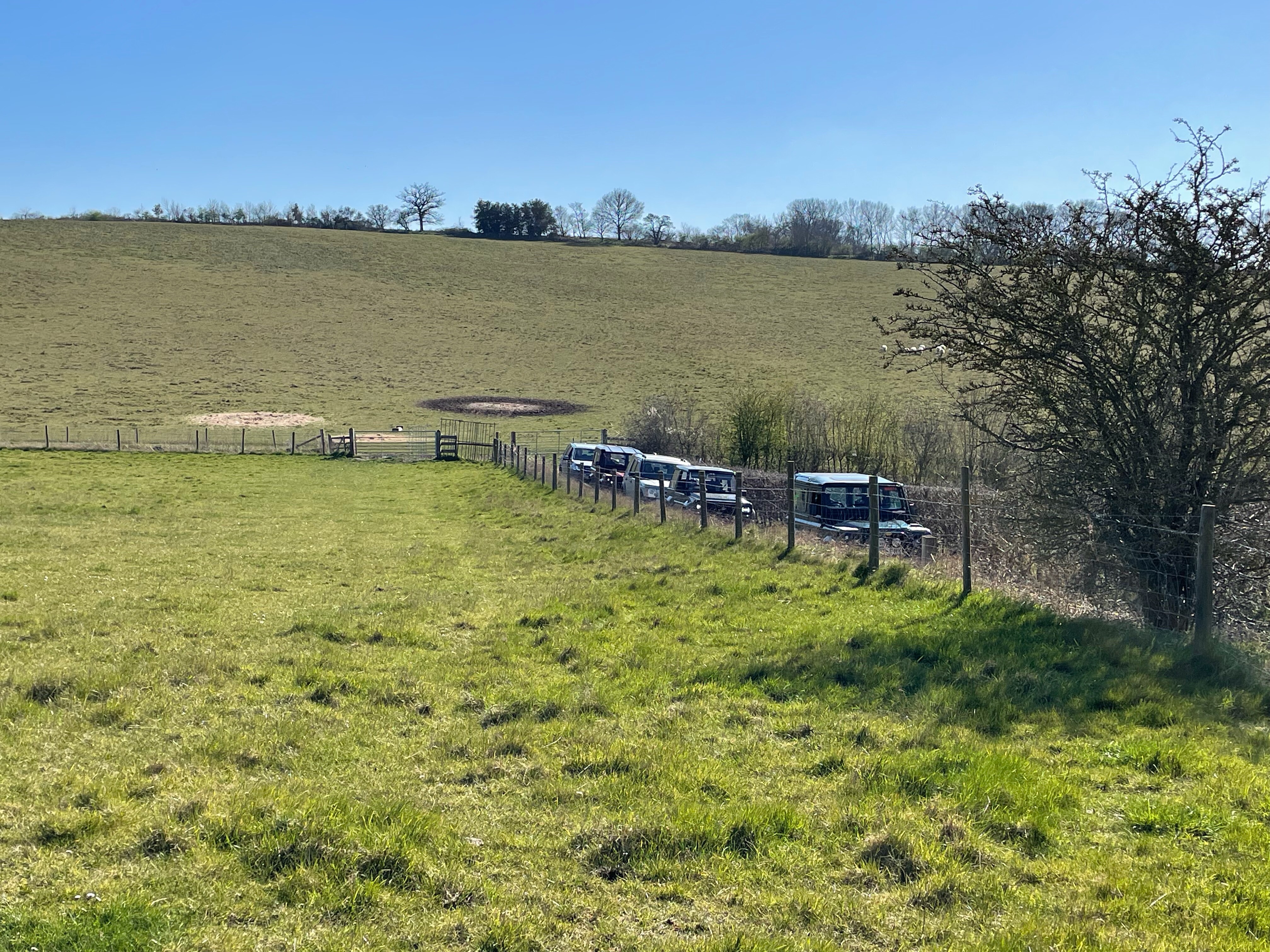 Saturday 19th March felt like the start of spring, what better way to welcome spring than to go out on the Herts Green Lanes? That’s what 5 members of the BHCLRC thought!

We started our trip in Great Offley with 4 cars, Neill lead a group in his Defender 90, followed by our newest member Rocco in his Daihatsu Fourtrak, Colin in his Discovery 3 and Michael in his Defender 90. It wasn’t far down the first lane where we were stopped in our tracks and could see the toll Storm Eunice had taken on the lanes. There was lots of trees that had fallen since the last laning trip and some trees had not been fully cleared so cleared these as we went to allow us to pass.

An hour into the trip and we picked up Dick in his Freelander 2 making him the 5th vehicle and we continued on our way heading towards Stevenage. We stopped for lunch near Datchworth where we found the spring breeze was much cooler than expected, turns out that defender doors do stop some of the wind after all!

Thanks to unexpected planned road closure we had some diversions, we frantically tried to pick up the route while checking maps, and talking over the CB. We got back on the route and enjoyed the lanes to the east of Stevenage finishing over by the A10.

Overall, it was a great day where everyone enjoyed the lanes and company, a huge thank you to Neill for organising this trip! We are planning to run more laning trips so keep an eye on the website for the next trip. 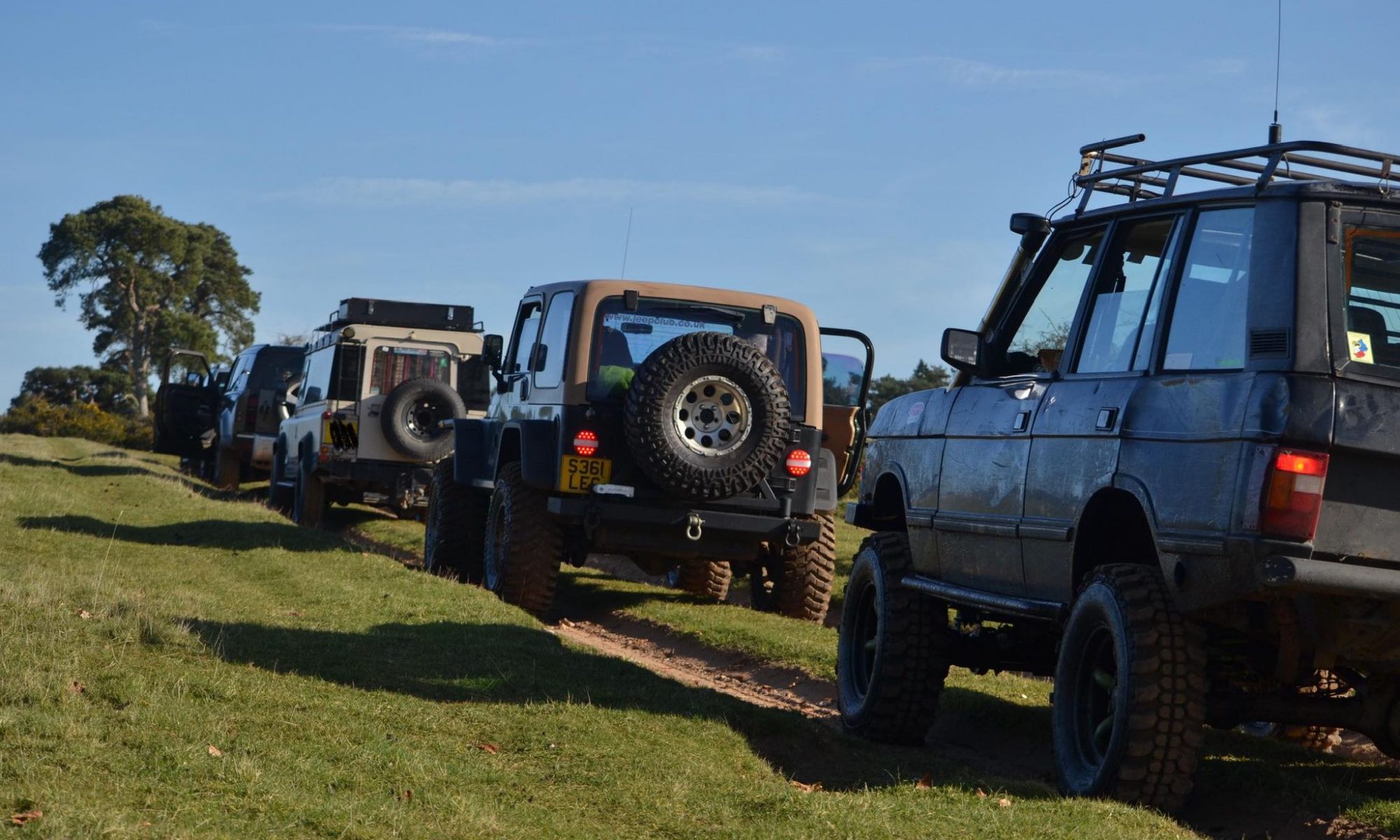 Five of us were lucky to have a beautiful sunny and dry day for the first Club Laneing trip of the year.

Myself as leader with Toyota Landcruiser (as my Defender is awaiting sorting an issue), Paul Vernon and doggie in a fully kitted Jeep Wrangler (which has a 4 litre petrol engine with fuel consumption twice as bad as my 4 litre V8 Defender!), Ian Drew in his Range Rover Classic with 2 boys, Iona Alexander and friend in a nice oldish white Defender 110 and Nick Whitty and grandson in a very new Defender 110!

We met up at Barton Mills Service area on A11 for a 9.30 start and then headed off for a 60 mile round trip taking in lanes on the Elveden Estate (owned by Lord Iveagh, a member of the Guinness Family), lanes on adjoining estate and then to a couple on the Euston Estate (Duke of Grafton). From there, after a few miles on road, we went on to a long lane on the Shadwell Park Estate (Sheik Hamdan Al Maktoum). Our intended stopping place for lunch was occupied by a bunch using Quads and offroad bikes on adjoining land illegally and noisily, so we carried on for a few 100 metres for our stop.

From there, after a short stretch along the A11 and off via another road we went into a long series of lanes on Forestry Commission Land. After the rains of recent weeks there were many large puddles on parts of the route (both there and on earlier lanes). On the first of these, Ian was persuaded by his son, Josh to go into a large puddle the rest of us has skirted around. They got well and truly bogged in the middle, with rear wheels completely below water. Paul in his Jeep had the only winch equipped vehicle able to help and, with the help of a tree as an anchor, he pulled Ian out.

We then went on to more lanes on Forestry Commission land starting from Weeting and from there to a couple of lanes near Hockwold and on to our last lane near Lakenheath Station towards Brandon.

After all of the recent storms we were lucky not to have met any obstacles that far, but in that last lane, we had to get out loppers and saws to cut back a fallen hunk of tree ivy far enough to squeeze past. Although there was more fallen ivy on that lane, we were able to get past without more gardening. At Brandon, we rejoined surfaced roads and headed back to Barton Mills Roundabout (passing RAF Lakenheath, occupied by USAF fighters), where we had a final chat before heading off home at about 5 pm. (Planned finish time was 4 pm and would have achieved that but for Ian getting stuck and having yo deal with the tree ivy!).

As leader, I enjoyed the day and seeing some people we have known a while and meeting some new members– all of the morning’s lanes were ones I first went on in about 1999 on my first trip on the lanes when Mark Summerbee was Greenlanes officer at Chiltern Vale LRC (the Club from which as bunch of us, including Colin Argent, Russ Brown and Mark split off from to form this Club). On that day, Mark got stuck and Dick Greaves pulled him out. (Dick celebrated his 89th birthday last week – he still goes laneing occasionally and would have joined us had he not been booked for a family function!)

Will try to organise at least one outing each month, so keep an eye on the Members Facebook page!